Sara Gilbert is an American Actress, Director, and Producer. She was born on 29 January 1975 in Santa Monica, California, United States. She mainly appears in the American film and Television industry. Sara Gilbert is best known for her roles in films, including 80 for Brady, Laws of Attraction, Riding in Cars with Boys, Boys Life 3, High Fidelity, The Big Tease, Light It Up, Desert Blue, Poison Ivy, etc.

Her father’s name is Harold Abeles and her mother’s name is Barbara Cowan. She has three siblings. Sara Gilbert got married to Linda Perry in 2014. She has three children. She attended and graduated from Yale University in 1997, where she majored in Art with an emphasis on Photography. 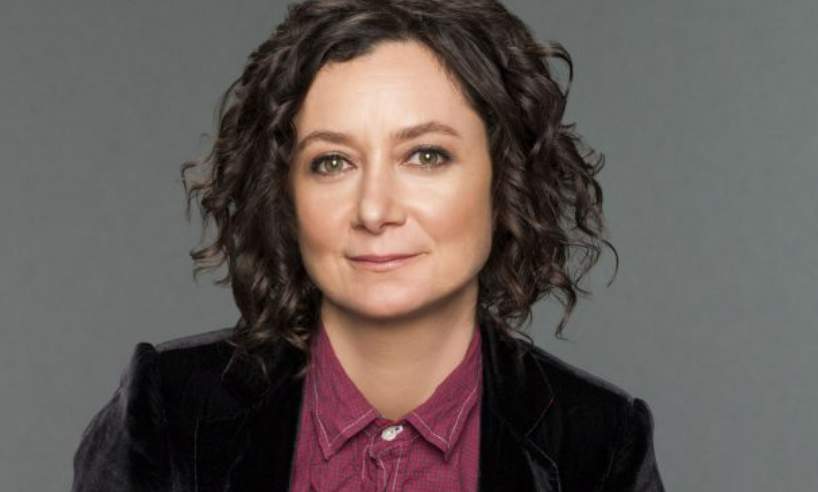 As a teenager, She was in a relationship with Johnny Galecki.

She was in a relationship with television producer Ali Adler from 2001 to 2011. They have 2 children together.

She began a relationship with songwriter and music producer Linda Perry. They married on March 30, 2014. They have a son, Rhodes Emilio Gilbert Perry.

She attended and graduated from Yale University in 1997, where she majored in Art with an emphasis on Photography.

At the age of 6, when Sara saw her sister Melissa Gilbert get a star on the Hollywood Walk of Fame, she told her mother that she wanted to be an actress, too.

She has a fear of being injured, which was discussed on her show “The Talk”.