Sam Robertson is a Scottish Professional Actor and Model. He was born on 11 October 1985 in Dundee, Scotland, United Kingdom. Sam Robertson mainly appears in the British-American film and Television industry.

He is best known for his roles in Television shows, including Coronation Street, The Match, River City, Being Victor, Beaver Falls, Bedlam, Celebrity Big Brother, etc. He appeared in films, including London Town, The Legend of Barney Thomson, Dementamania, Hot Hot Hot, etc.

Sam Robertson was born in Dundee, Scotland. He studied Drama and English at the University of Manchester but dropped out at 18 to focus on his role as Adam Barlow in Coronation Street.

Sam Robertson’s height is 6 feet and his weight is 68 kilograms. He has beautiful dark brown color hair and green color eyes. His body measurements are 38-32-15 inches. Sam Robertson’s chest size is 38 inches, his waist size is 32 inches and his biceps size is 15 inches. His shoe size is 10 UK. 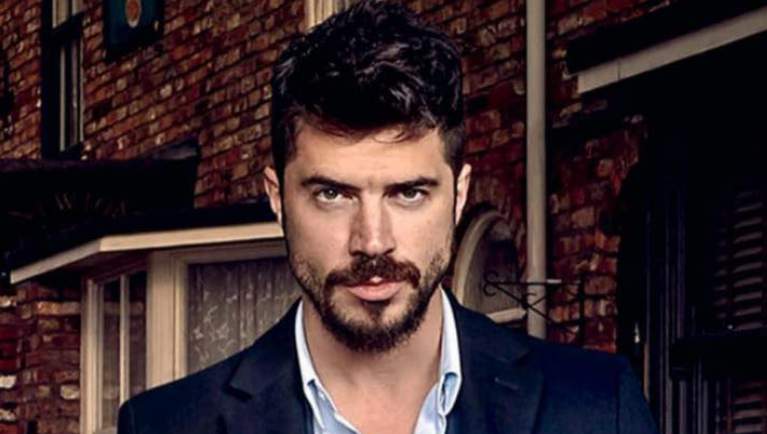 Others: Grandson of Ann McKay.

He studied Drama and English at the University of Manchester and dropped out at age 18 to play the role of Adam Barlow in Coronation Street.

He was born and raised in Dundee, Scotland.

He is a keen follower of his local football team, Dundee.

He played ‘Flynn’ in the E4 series, Beaver Falls, which aired in July 2011 in Britain.

He played the part of Adam Barlow in Coronation Street at age 18.