Marcia Cross is an American Actress. She was born on 25 March 1962 in Marlborough, Massachusetts, United States. She mainly appears in the American film and Television industry. Marcia Cross is best known for her roles in films, including You, This Close, Youth & Consequences, Quantico, Law & Order: Special Victims Unit, Desperate Housewives, Everwood, The King of Queens, CSI: Crime Scene Investigation, Profiler, The Outer Limits, Melrose Place, Knots Landing, Pros and Cons, Doctor Doctor, One Life to Live, The Edge of Night, etc. She appeared in films, including The Secret of Karma, All the Way of the Ocean, Bringing Up Bobby, Just Peck, Female Perversions, Bad Influence, etc. 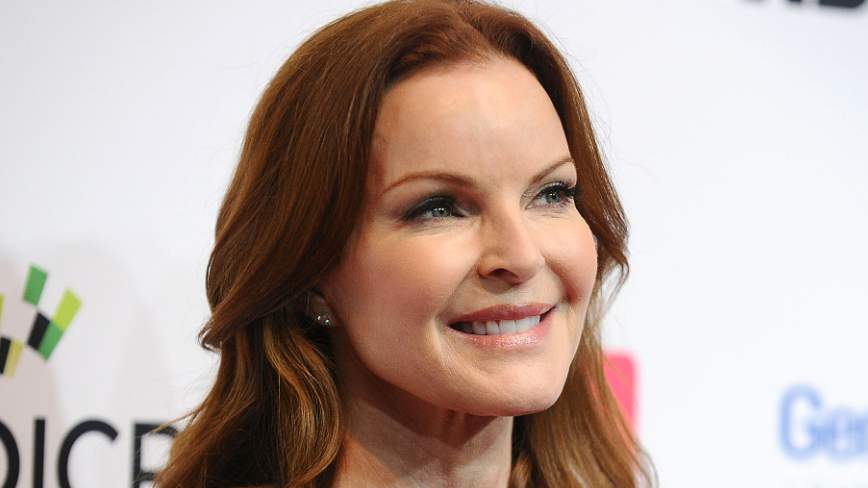 She was in a longtime relationship with Richard Jordan from 1985 to 1993.

She was in a relationship with Mark Harelik. (1999)

She attended and graduated from the Juilliard School in New York. (Bachelor’s degree)

She earned her master’s degree in psychology at LA’s Antioch University.

Book: ‘All the Way to the Ocean’

She has an older sister, Susan, and a younger sister, Ellen.

She began her career in 1984 when she joined the cast of the daytime soap opera The Edge of Night.

Her favorite charity is the Panzi Hospital in East Congo.

She practices yoga with Kelly Rutherford and Lisa Rinna.