Gabriella Wilde is a British Professional Actress and Model. She was born on 8 April 1989 in Basingstoke, Hampshire, England, United Kingdom. She mainly appears in the British-American film and Television industry.

Gabriella Wilde is best known for her roles in films, including Wonder Woman 1984, Squatters, Endless Love, Carrie, The Three Musketeers, St Trinian’s 2: The Legend of Fritton’s Gold, etc. She appeared in Television serials, including Poldark, Dark House and Doctor Who, etc.

Her father’s name is John Anstruther-Gough-Calthorpe and her mother’s name is Vanessa Hubbard. She has six siblings. Gabriella Wilde got married to Alan Pownall in 2014. She has two children. She attended Heathfield St Mary’s School, Ascot, and St Swithun’s School, Winchester. She studied fine art at the City and Guilds of London Art School but dropped out to pursue acting. 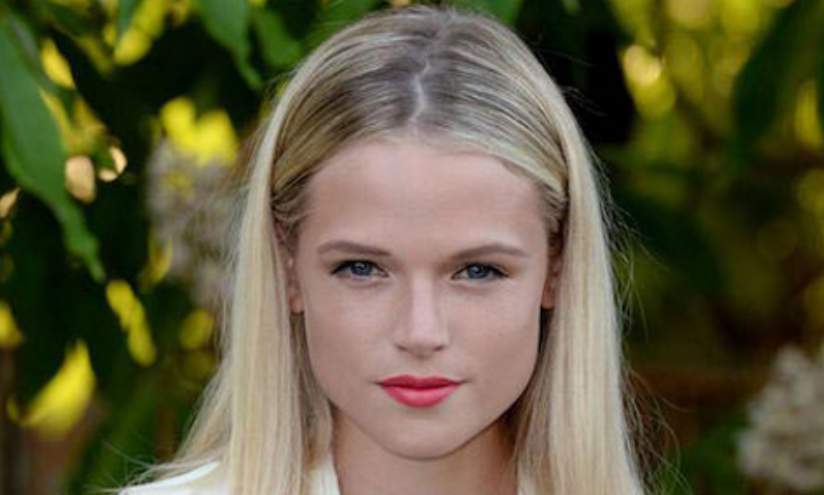 She studied fine art at the City and Guilds of London Art School but dropped out to pursue acting.

She began her career as a model and had her breakthrough when she joined Premier Model Management at the age of 14, and appeared in campaigns for companies including L.K.Bennett, Lacoste, Abercrombie & Fitch, Burberry, and Topshop and posed for InStyle, Cosmopolitan, Vogue and Nylon.

She is descended from the aristocratic Gough-Calthorpe family.

She used to smuggle vodka into Heathfield.

Her first-ever Burberry purchase was a deep purple suede and leather handbag.

She was discovered by ex-model Naomi Campbell in a toilet at the age of 14.

She was given the title of “Second-Most-Eligible girl in Britain” in 2007.

She dropped her last name, “Anstruther-Gough-Calthorpe” to “Wilde” when she shifted her career from modeling to acting, just because it was a long name and difficult to pronounce.

She never watches her own films.