Chevy Chase is an American Comedian, Actor, and Writer. He was born on 8 October 1943 in New York City, United States. He mainly appears in the American film and Television industry. Chevy Chase is best known for his roles in films, including Foul Play, Fletch, Fletch Lives, Caddyshack, Modern Problems, Spies Like Us, Three Amigos, Man of the House, Hot Tub Time Machine, etc. He appeared in TV serials, including Saturday Night Live, Community, etc.

His father’s name is Edward Tinsley Chase and his mother’s name is Cathalene Parker Browning. Chevy Chase got married to Jayni Chase in 1982. Previously, he married Suzanne Chase from 1973 to 1976, and then he was married to Jacqueline Carlin from 1976 to 1980. He has four children. He has four siblings. He graduated from Bard College with a bachelor of arts degree in English (1967).

Chevy Chase’s height is 6 feet 4 inches and his weight is 96 kilograms. He has beautiful grey color hair and dark brown color eyes. His shoe size is 11 US. 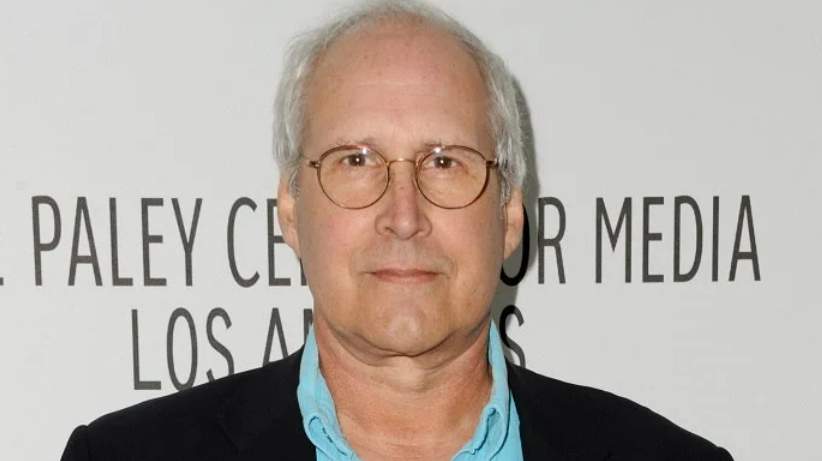 He was expelled from Riverdale County School.

He plays piano, drums, and saxophone.

His daughter Caley Chase is also an actor.

He was born on the same day as R.L. Stine.

He has a fear of snakes.

He is a huge jazz fan.

He wanted to be a doctor when he was younger.

He played Pierce Hawthorne on the comedy series Community from 2009 to 2014.