Ashley Jones is an American Actress. She was born on 3 September 1976 in Memphis, Tennessee, United States. She mainly appears in the American film and Television industry. Ashley Jones is best known for her roles in films, including Saving My Daughter, We Die Alone, Homekilling Queen, You Killed My Mother, 12 Days of Giving, The Wedding Ringer, Angel’s Perch, Dead at 17, Old School, A Teacher’s Crime, Devil’s Prey, etc.

She appeared in Television serials, including For All Mankind, Major Crimes, General Hospital, CSI: Cyber, Criminal Minds, 90210, House, Bones, The Bold and the Beautiful, The District, The Young and the Restless, The Fire Next Time, etc.

Her father’s name is Shawn Jones. She has two siblings. Ashley Jones got married to Joel Henricks in 2015. Previously, she was married to Noah Nelson from 2003 to 2009. She has one child. She attended Lamar High School in Houston. She also attended the Houston High School for Performing Arts. She enrolled at Pepperdine University. 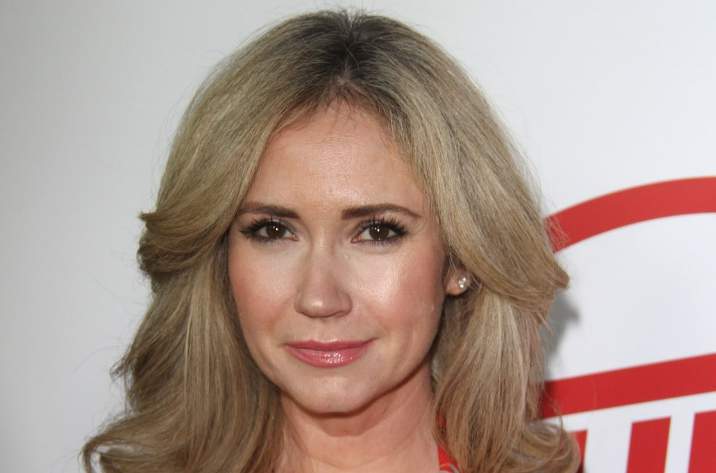 She also attended the Houston High School for Performing Arts.

She enrolled at Pepperdine University.

Her father, Shawn Jones, is a minister.

She began her acting career in 1993, debuting in an episode of Dr. Quinn, Medicine Woman.

She had a recurring role as Daphne on the HBO drama series True Blood in 2009.

Her ex-husband Noah Nelson is the son of COACH star Craig T. Nelson.

She is friends with Olympic gold medalist, ice-skater Tara Lipinski.